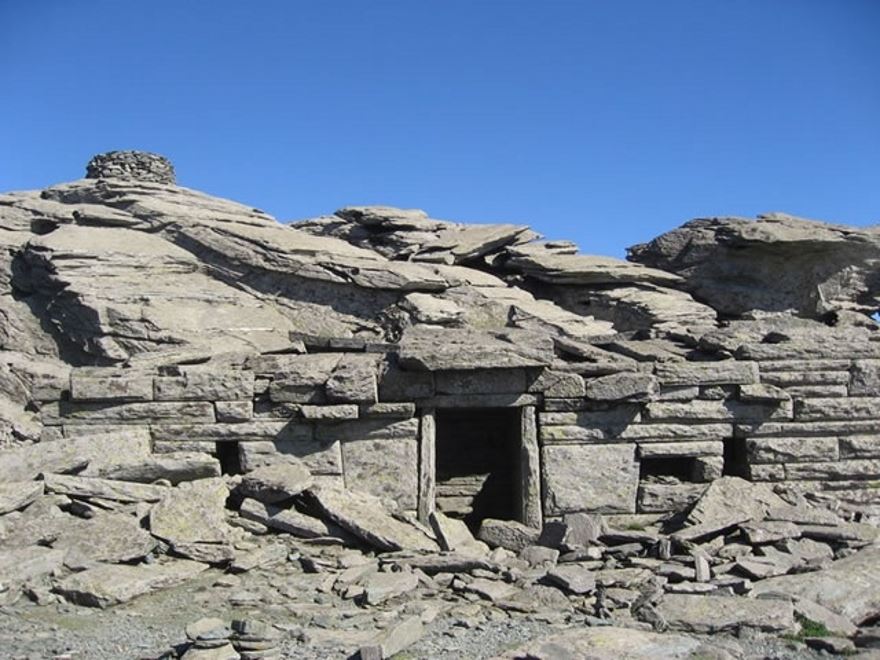 In ancient years the region of Karystia was renowned for its marble.

The ancient quarries are found on the southern flanks of Mt Ochi, between the villages of Mekounida and Aetos. Strabo writes about the magnificent monolithic "Karystian columns". The activity of marble extraction was so intensive that in Marmari, the main post for the export of Karystian marble, there was a temple dedicated to Apollo.

The intensive quarrying of marble was mainly done during the Roman period. In the time of Julius Ceasar and Augustus, the Karystian marble was well sought after in Rome, mainly for the construction of monolithic pillars. It was also used in the paving of floors and walls. Even today one can admire monolithic pillars made of Karystian marble in Hadrian's Library in Monastiraki, Athens, as well as the Roman Agora in Rome.

The most remarkable remains of ancient quarrying are found in ‘Kylindri', at the top of the valley of Myloi.Here we find lying in situ, hewn out of the rock, several giant monolithic columns of about 12 m long - the ‘kylindri' as the locals call them. The most fascinating of all is the fact that there may be a possible link between the quarries and the dragon-houses of South Evia. According to a theory, the dragon-houses were temples dedicated to the patron of quarrymen Hercules, who would watch them from afar and give them the courage and the strength to continue their arduous labour.

A military alert, the possible fall of the Roman Empire in the 3rd century AD, lead to the withdrawal of the Romans from the area and the ceasing of the quarrying activities.

Today many of these ancient quarries are still accessible and all that is required is a mild trek to reach them.

You can find more information in the Karystion Hotel.