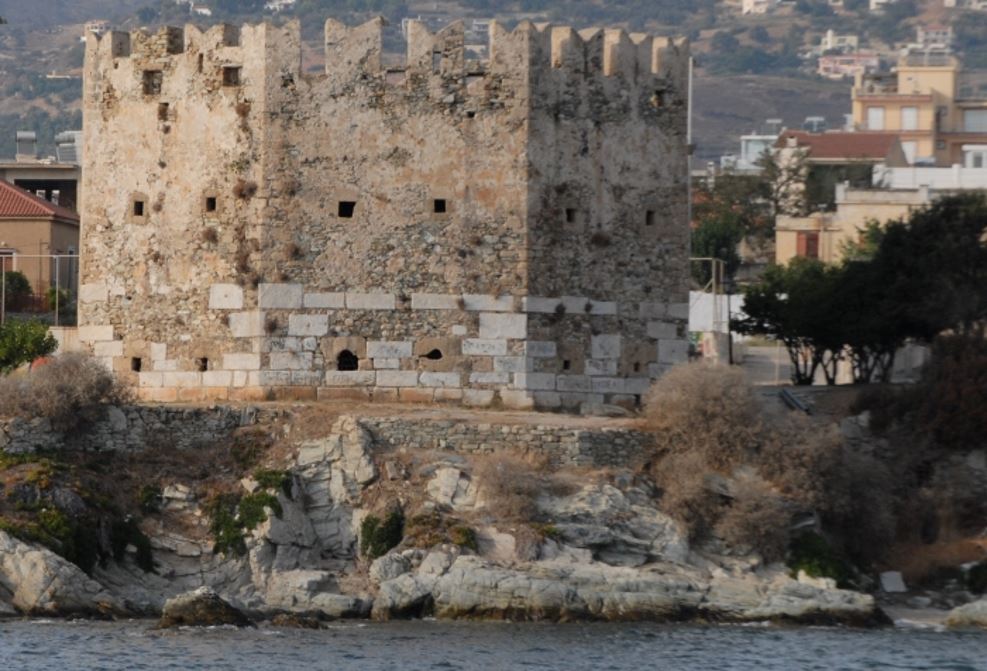 The Castle (Fort) of Bourtzi is situated on the waterfront of Karystos.

It is a medieval structure and was constructed in 1350 AD.

It is a two-storey hexagonal building with many loopholes and 24 hatches. It is one of the most important sights in the area and it remains intact. The Venetians used marble parts of the Roman Mausoleum situated in the centre of Karystos as building material.

Bourtzi castle is about 200 m away from the Karystion Hotel.