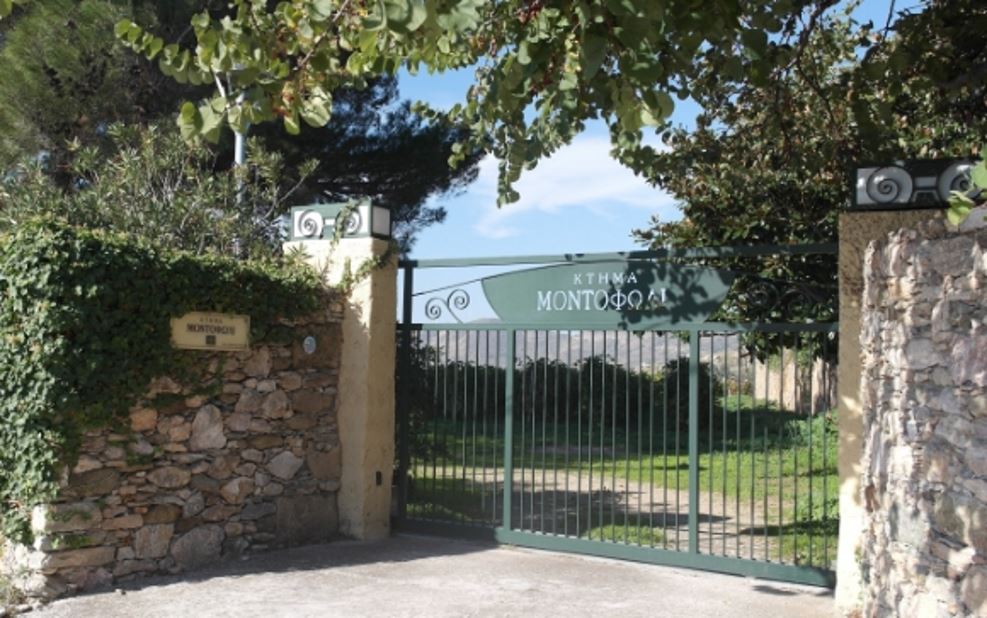 Montofoli Estate is a remarkable landmark of South Evia.

Franks, Ottomans and Kings have given this piece of land its exceptional energy;

The estate is located where is believed the Ancient Karystos was, the Chora village.

Since the Frankish Domination it was owned by the ruler of the Castello Rosso (the caste of the area), which, like the estate, is built on the hill ‘Montofoli’ (the mount with foliage, monte + folio).

Omer Pascha, the last Ottoman ruler of Karystos, was its last owner. The estate was then referred to as “The Paschas’ Gardens.” Following the departure of the Ottomans from Karystos it was conveyed by the Sultan to Ioannis Paparigopoulos, Russian sub-consul to Karystos and Lord Chamberlain to King George I.

The wines of the Estate

Myrtilos is an everyday dry white wine from the Savvatiano variety, widely used in the area of South Evia. It accompanies the Mediterranean cuisine, especially fish and seafood ‘mezedes.’ Serve it cooled at 8-10o C.

This wine is made of Merlot and has a very good price-quality relation. Round in the mouth with a character of red fruit, it goes very well with most foods due to its straightforwardness.