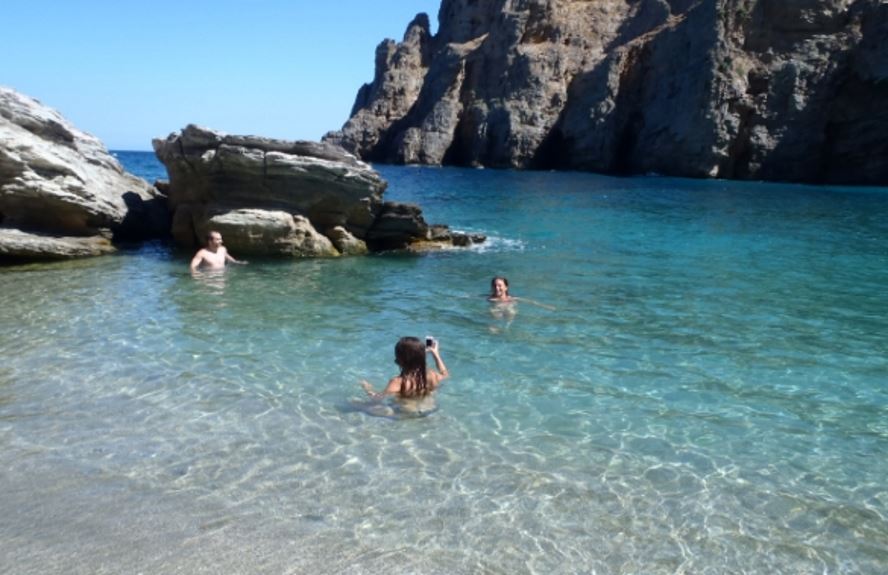 is what the locals call the cape of "Kafireas" at the north-east tip of South Karystia. It is also the name of the whole eastern part of South Karystia which is separated from Andros by the homonymous Straits.

The first impression is that of a rough, dry and weathered landscape. But soon the wild beauty of the mountain peaks, the gorges, the craggy shoreline and the remote beaches unravels.

The majority of the villages in the Cavodoro are built at a high altitude, away from the steep shoreline, in lush valleys and close to grazing land. The Doric aspect of the inhabitants, enhanced by the settlement of the Arvanites people in the 15th century, is imprinted on the unadorned architecture, the music, the songs and the customs in general.