Home / ASK AT THE RECEPTION / Places to visit
The natural and historical sights of South Evia and the region of Karystia will lend your stay an extra interest. 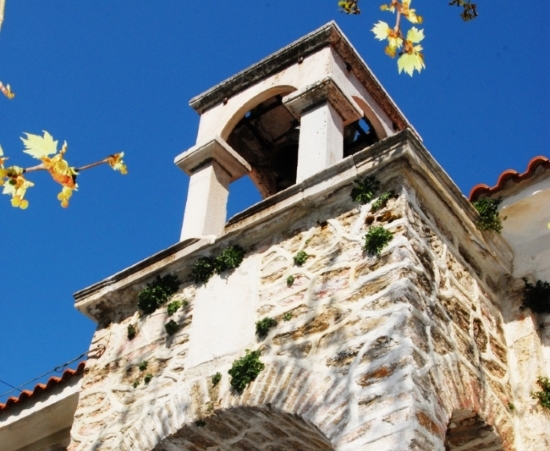 We can provide you with all the necessary information and material you may need to facilitate your day trips. Such trips include:

The town of Karystos. Characterised by a modern town planning with a very charming waterfront, an interesting market, the archaeological museum and the Venetian castle of ‘Bourtzi'.

The villages of Karystos built amphitheatrically on the hills with a view of the sea and abundant running water, and Castello Rosso perched amongst them as if still supervising the ancient paths leading to the roman quarries

The fishing village of Marmari, amphitheatrically built in one of the bays of the South Evoikos Gulf. The villages of Marmari, some of them perched on the flanks of the deep gorges or overlooking the Aegean, are hidden amongst the thick foliage of the plane trees, holly-oaks and oaks.

The villages of the Cavodoro, built along the strait between south Evia and Andros. The rugged land, weathered and soaked from the sea salt, is carved by lush gorges- humble gifts to the few residents to built their villages and cultivate their terraces.

Dominating in the middle is Mt Ochi - a high mountain with many water sources and high peaks. On the highest peak stands the Dragon house built with enormous stones. Lower down by the refuge we find the old chestnut forest and on the north side of the mountain starts the gorge of Dimossari that descends all the way to the sea. Further down are the castles and the roman quarries.

Other than recreation, these trips are a way to comprehend the importance of the various sights, their influence on the history of the region and the way that the natural surroundings moulded the character and the culture of the locals.

In the hotel you will find more information for a tour of the Karystia region.

The cave in Agia Triada


The refuge of mount Ochi